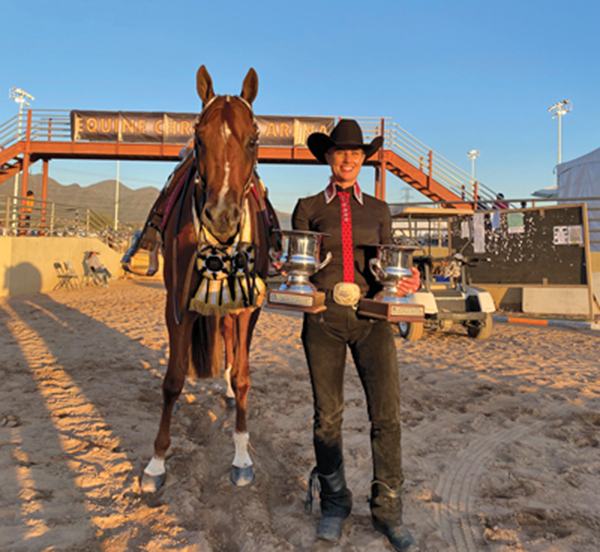 It may seem like ages ago, but it was only last month that AQHA competitors gathered in droves at WestWorld in Scottsdale, AZ. for the 2020 Sun Circuit. The Sun Circuit itself was huge with 22,609 AQHA entries and 4,647 NSBA class entries, including NSBA Color Breed classes. Click here to read the show recap.

Unbeknownst to everyone at the time, that would be the last, major, horse show held before the COVID-19 pandemic began to restrict travel, event attendance, and daily life. The National Snaffle Bit Association held its annual Riders Cup during the Sun Circuit again this year and presented competitors with a total payout of $80,000; beautiful, silver trophy cups; and big checks.

Let’s see who some of the big winners were and check out those payouts!

The 3 and 4-Year-Old Open Hunter Under Saddle was won by Beth Case with Hez A Dancin Hubba for Chris Lagerblade. They won $1,319.39 for their top finish. The 3 and 4-Year-Old Ltd. Open Hunter Under Saddle was won by Ashley Falkavage with Maid Me Good for Michelle and Sheila Bauer. They won $680.19 for their ride. The Non Pro Western Pleasure was won by Becky Galyean with Too Cute To Snooze. This team won $909.06 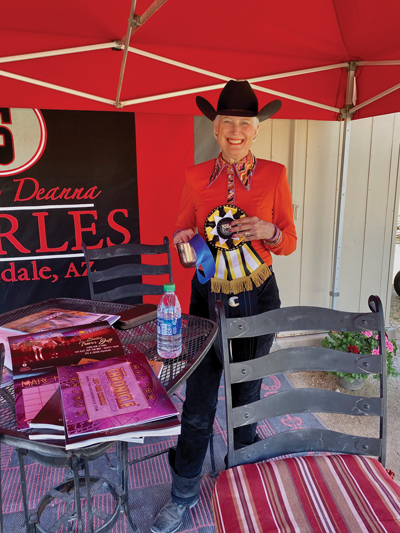 Novice Non Pro Trail crowned Just Call Me Lazy and Emma Dejong as the winners. They received $712.96. In Green Trail, Superwoman was ridden by Kelly McDowall for Jody Frazier. They won $507.47. In Junior Trail, KM Flat Out The Best and Deanna Searles won for Susan Johns. They received $938.27. 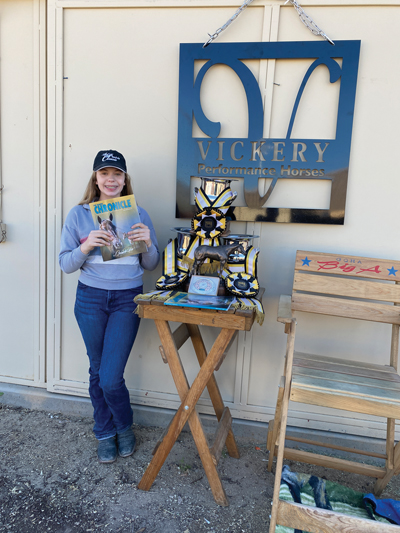 3-Year-Old Open Western Pleasure saw The Whoo and Aaron Moses take the win for Linda Ball Sargent. They received $1,459.58. The 3-Year-Old Limited Open Western Pleasure was won by Madde It and Clint Ainsworth. They won $797.68 for Gabrielle Kostiuk. The $2,500 Limited Horse Open Hunter Under Saddle saw PSU Only The Blues and Farley McLendon take a big win for Leslie Ann Reynolds, winning $2,519.39. The $2,500 Limited Horse/Limited Rider Open Hunter Under Saddle was won by Im Simply Southern and Angela Fox. They won $1,580.19. 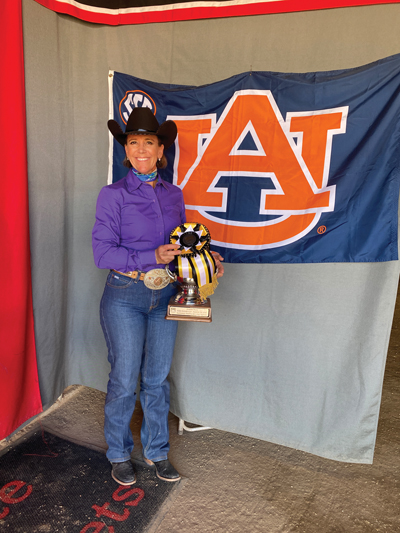