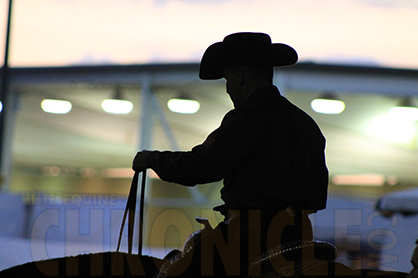 Consider this scenario. Your horse is afraid of aerosol sprays. The mere sight and sound results in a dramatic flight response that likely includes balking, shying, or an attempt at escape.

How do you help your horse overcome his fear? Desensitization? Positive reinforcement? Conditioning? Punishment?

The International Society For Equitation Science has developed a set of 10 guidelines, The First Principles of Horse Training, that may help provide the answer. The 10 training principles give insight into how horses learn and explain how to use learning theory to train horses effectively.

Today, we will focus on… #1- Taking Into Account the Horse’s Ethology and Cognition and #2- Using Learning Theory Appropriately

“Cognition refers to the ways animals process information about the world. Compared to humans, horses’ prefrontal cortex is relatively small, so they may not experience events as we do. They excel at memorizing and recognizing stimuli that trigger certain responses, particularly those that keep them safe. We must be careful not to overestimate equine intelligence and to say things like ‘he knows what he did wrong,’ especially when trying to justify punishment. Equally, we should not underestimate cognitive abilities by supposing that horses do not have emotions.”- ISES

This principle goes on to define ethology, which explains natural equine social structures and behavior needs. For example, contrary to the manner in which we keep most horses, in single, isolated stalls, they do need the company of their own species. Whether it’s immediately apparent or not, isolation is detrimental to a horse’s well being, which can carry over into training. Also, in nature, horses have evolved to walk and graze for about 16 hours a day. It’s been documented that the way we feed and house horses today can have negative effects on health, such as the development of ulcers, cribbing, or destructive behaviors.

“Horses are innately fearful of new/unfamiliar things (i.e. they are neophobic) and may react to various stimulus characteristics, such as size/magnitude, novelty, proximity, and sudden appearance or occurrence. Objects that are moving, especially if erratic and/or coming towards them, may be hard for them to identify, even when familiar.” – ISES

Systematic Desensitization- This technique is commonly used to raise the threshold for an animal’s fear response. This could be used when encountering a scary obstacle on a Trail course.

“For example: The horse is fearful of aerosols. As a first step, a handler brings an aerosol close to the horse and strokes it on the body with the bottle (no spraying). This is to habituate the horse to the visual characteristics of the aversive stimulus. When the horse shows no avoidance responses, a next step is to stand some meters from the horse and spray in the opposite direction, preferably with water, i.e. a fluid with no smell. This is to gradually habituate the horse to the aural characteristics of the aversive stimulus. The handler gradually steps closer to the horse, and when the horse shows no responses to the handler standing next to it and spraying in the other direction, the handler can gradually spray closer to the horse. Before spraying directly on the horse’s coat, the handler should stroke the horse with a hand and spray gently on the hand. At all stages, it is important to ensure that the horse is only rewarded for appropriate responses, i.e. the aerosol should be removed or spraying terminated when the horse stands still. Positive reinforcement (e.g. food, wither scratching) can be used as an additional reinforcer for appropriate behavior.” -ISES

Counter Conditioning-  To condition, means to train, and counter means the opposite. Counter Conditioning involves training an animal to show a behavior that is opposite of the one they are currently exhibiting. To do this, an association is formed between the feared object and something pleasant. Through many repetitions, the horse comes to realize that the fearful stimuli actually means something positive is coming.

“For example: A horse becomes anxious when it hears a bell before competition, which compromises good performance. Through counter-conditioning, positive outcomes such as a food reward or termination of work are associated with the sound of the bell so that it becomes a predictor of a positive event. Once the horse shows a neutral or positive emotional state at the sound of the bell, it will no longer be tense before a competition.”- ISES

Overshadowing- This technique of “distraction” desensitizing can be used with a horse that exhibits a fearful response to items such as clippers or needles.

“For example: The horse is fearful of tractors or motor bikes and attempts to escape, in order to lower its fear. However, if the process is reversed, whereby the horse approaches a retreating machine, this can have the opposite effect: its fear is lowered because the machine itself ‘escapes.’ In best practice, when the horse closes in on the machine it is stopped, thus allowing the machine to increase its distance from the horse. The horse is then stimulated to approach again, and each time it draws closer to the machine before it is stopped. Stopping the horse apparently increases its motivation to approach. This is continued until the horse actually makes contact with and investigates the machine.”- ISES 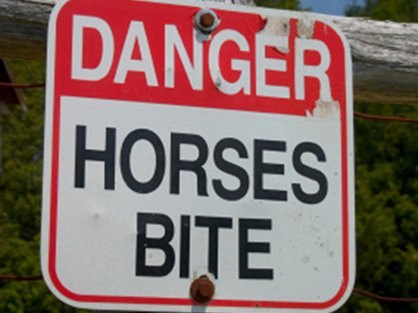 Stimulus Blending- This method uses a stimulus the horse is comfortable with to in order to help desensitize him to a fearful stimulus.

“For example: The horse is fearful of aerosols. In this technique, a stimulus to which the horse has already habituated is used to blend with the problem stimulus. If the horse is used to hosing on its body, the aerosol is introduced during hosing and on the hose patches of the skin. The sound and feeling of the usual water on the horse’s body will blend with the new sound and feeling of the aerosol, making it less distinct. The hosing can then be terminated while the spraying continues.”- ISES

Operant conditioning- This technique uses rewards and punishment to increase the likelihood of a desired response or to decrease the likelihood of an undesirable behavior. An IMPORTANT note: Timing is everything. Reinforcement and/or punishment must occur in connection with a targeted behavior to be effective. Otherwise, you’re simply wasting your time and frustrating your horse.

Operant conditioning- This technique uses rewards and punishment to increase the likelihood of a desired response or to decrease the likelihood of an undesirable behavior. An IMPORTANT note: Timing is everything. Reinforcement and/or punishment must occur in connection with a targeted behavior to be effective. Otherwise, you’re wasting your time and frustrating your horse.

Classical conditioning- is the process by which an association is made between two seemingly, unrelated stimuli. Remember Pavlov’s Dog from science class with the food and bell? That’s what we’re talking about here.

“For example: the animal is presented with a neutral stimulus (e.g. a visual signal that does not per se elicit a response from the horse) and this is followed by a biologically relevant stimulus (e.g. an aversive stimulus such as pain or a pleasant stimulus such as food or freedom) and the animal links them together. In the future, the neutral stimulus is responded to by the horse. In equitation, classical conditioning describes situations where horses respond to light cues or signals given by the rider or handler. When first used, these must be carefully paired with the signal known to already elicit the response for the initial association to occur. For example, a verbal command can be used to slow/stop the horse if the command is paired with a rein signal to which the horse has already learned to slow/stop. After the association has been created the verbal command can be used without the rein signal to stop/slow the horse.”- ISES

For more information about the First Principles of Horse Training, visit www.equitationscience.com. Stay tuned to EquineChronicle.com for the continuation of this series, when we examine the following.

Training Principle #5- Elicit One Response at a Time