Ever Wondered How Many Calories You Burn While Riding Your Horse? 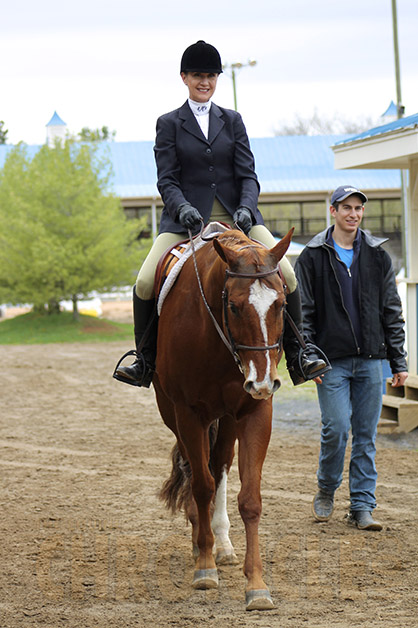 COLLEGE STATION  – A study revealed many benefits for those engaging in horseback riding activities and for the first time, attempted to define the amount of energy expended in several common riding events.

The research is published in the International Journal of Exercise Science, www.tacsm.org.

“We all know riding horses is good exercise,” Sigler said. “Riding a horse for 45 minutes at a walk, trot and canter can burn up to 200 calories. It you do something a bit more strenuous such as cutting or reining, that can come out to nearly seven calories per minute for the entire length of the riding period.”

The study revealed energy expenditure and heart rate responses were greater for reining and cutting than for the walk-trot-canter ride. The researchers concluded that the results of the study “provide novel information about exercise intensity values for horseback activities and differences among riding disciplines measured in real time using a portable system.” 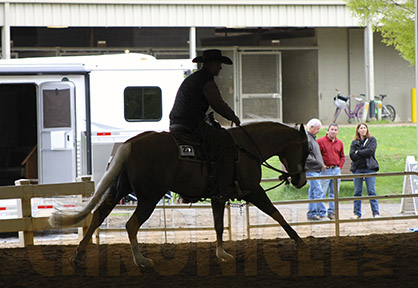 Sigler said riders engaged in cutting and reining experienced more intense exercise in short durations, while walk-trot-canter provided a greater total energy expenditure. The study data suggests that it is possible, if riding at the more intense gaits such as long trot and canter, for health benefits to be achieved through accumulated weekly horseback riding.

Sigler said riding a horse may be a solution for those who can’t physically endure other activities such as jogging.

“Some have joints that just can’t stand a jog, but if they can ride a horse and burn 400 calories a day, that’s significant,” he said. “Horseback riding is also an excellent way to beat childhood obesity. And we haven’t even measured the therapeutic aspect of horseback riding.”