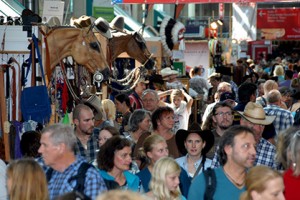 Americana is Europe’s biggest western fair with more than 280 exhibitors in 2013 and more than 45,000 visitors. Photo courtesy of Art & Light Photography.

Augsburg – The 2013 AMERICANA was a huge success; now the 2015 edition is on its way. From September 2 until 6, 2015 the renowned Augsburg fairground will once more into the “mecca of western riding.” In 2015, AMERICANA will offer a number of new attractions like Ranch Pleasure and Working Equitation. If you want to get a survey of what Europe’s premier western event list about, simply have a look at AMERICANA’s website which now has a completely new design www.americana.de.

2013 AMERICANA – a look back at the best AMERICANA so far

2013 was probably the AMERICANA so far. 45,000 visitors came to see Europe’s most popular event for western fans and world class sport in 42 categories, among them was the FEI European Championship in Reining. This meant excellent business opportunities for the 282 exhibitors. Two thirds of the companies present said that business had been very good or good. 26 percent said they were content with their sale numbers. * “It was sensational,“ said project manager Karlheinz Knöbl. “Many exhibitors had never experienced so many visitors before. Some of them were sold out long before AMERICANA was over. Many of them wanted to confirm their participation at the 2015 AMERICANA right then.” 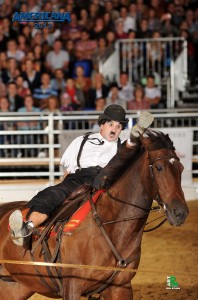 Americana’s evening shows not only include world class sport, but also fun and lots of attractions. Photo courtesy of Art & Light Photography.

2015 AMERICANA with New Attractions for Participants and Visitors

Participants and visitors can look forward to a number of new attractions at 2015 AMERICANA. For the first time, Ranch Horse Pleasure and Horse and Dog Trail will be AMERICANA show disciplines. Working Equitation, which is becoming more and more popular, will have a special platform there. A lot has happened concerning the purse as well. The Western Pleasure World Cup will have a purse of $10,000 and the WC15 Trail World Cup all Ages Open will have a purse of $15,000.

This year, horse health will be in the focus of AMERICANA as well. More details will follow soon.

Ticket Sale for the Evening Shows starts on October 1!

The ticket pre-sale for 2015 AMERICANA will start on October 1, 2014. Those who do not want to miss the most spectacular finals should order their tickets for the evening shows well in advance. AMERICANA evening shows are normally sold out pretty soon. From October 1, all the tickets can be booked easily via Internet (www.americana.de ). By the way: evening show tickets make excellent Christmas presents! 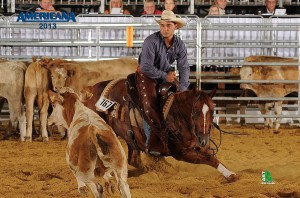 The event is also the perfect showcase for top class sport in various disciplines. The best finals are part of the evening shows. Photo courtesy of Art & Light Photography.

* Results of the Exhibitors‘ Questionnaire in 2013