EC Blog – Bell and Me 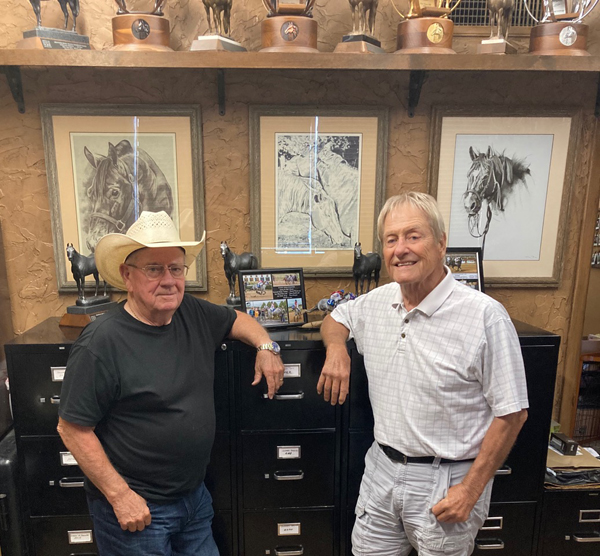 A short meeting in 1982 between Don Everett and Wayne Bell becomes the birth of the custom flatbed industry and the legendary 40-year history of Western Hauler, Inc.

“Niche” is a buzz word those self-starters and entrepreneurs overuse. “Find your niche,” they spout when advising the up-and-comers how to set the world afire. “Hole in the donut” is what Fort Worth businessman Ron West used. “Find the hole in the donut, then fill it with something lots of folks need but just don’t know it yet,” he would say, while David Benson and James Leggett preached quality and difference. “Whatever it is, do it the best you can the first time,” they would say, adding there were usually second chances; and then add a twist. Something the others haven’t thought of.

“Wayne Bell,” was the monotoned, all-business telephone response I heard after answering, “Everett Group, this is Don.” Then came, “I’ve started a new business and need an ad guy.” The year was 1982, and I had not seen, nor talked to Mr. Bell, whose Westside Service had been a client of mine, in probably three years. Not since I had resigned my position with the Fort Worth Star-Telegram and opened my own niche-seeking, hole-in-the-donut advertising group to service small- and medium-sized retail businesses. 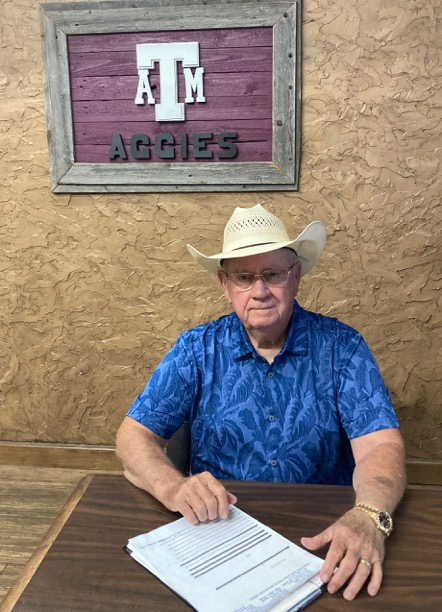 “Will you meet me tomorrow morning around 10:30?” he asked. Who would have ever imagined that from the ensuing half-hour, two-person meeting would come the birthing of the custom flatbed conversion industry? Folks, now that’s a big hole in a big donut, and the almost legendary 40-year history of Western Hauler, Inc. (WH) is proof that the scenario plays out.

But let’s back up a little. Bell and I go back even further than that: 1975 or so when I was assigned the Westside Service account because nobody else wanted to handle it. Wayne Bell could—by nature, and because he was John Bell’s son—be rather intimidating. Sales folks aren’t comfortable with that kind of personality across the table from them. Now when he has a mind to, Wayne can also charm the balls off a Christmas tree or sell ice cream to Eskimos. But when it comes to hard-nosed biz, he slips on another hat.

Westside Service was a tire store. It did some service, but primarily sold tires. Fast-paced, loud, grungy work. Bell’s office was glass-encased overlooking the entire shop. When I first met him, I found Wayne to be far from intimidating. Rather, a soft-spoken, look straight at you, no nonsense, non-smiling, all business kind of guy that got to the point. You didn’t try to butter him up to gain favor. He didn’t go out for coffee or free lunches with apple pie and had no time nor inclination to talk fishing or football. He was an alpha male, and once we established turf, we got along fine. For the next four years, I designed his tire-selling newspaper ads and he sold tires. Lots and lots of tires. We had a good working relationship built on trust thru business; save a couple of Westside Service Christmas Eve parties and a few evenings when I would drop by his office after work to just shoot the breeze for a few minutes where I learned there was a relaxed side. There are very few stories out there better than Wayne Bell’s stories of the road.

Fast-forward back to 1982 and expectations. Bell was a horse person. He was also mechanically and technically inclined, and he was trying to take existing equipment and parts available on the open market and convert a new one-ton truck into a more comfortable, sturdier, roomier, and individualistic transportation vehicle for himself and his horses.

It was purely about individual comfort and style, and it worked so well that his invention got bought out from under him. So he started again. This time with the idea in mind of making improvements and changes for an even better ride. But when the second creation also went out the door, the light came on. He was on to something folks wanted, needed, and would invest handsomely in for style, performance, and comfort. 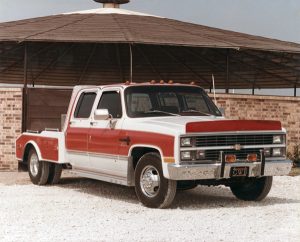 If I remember right, we didn’t even have a name, for sure. Then the WH shield and words got accepted, which was a unique process. Wayne showed me a design and said, “You like this? I did it last night.” I vaguely remember telling him that if he liked it then it tickled me plum to death.

“Okay,” and that was settled. “Let’s go with it.” Only took a couple of minutes.

Wayne is a consummate doodler. Something he does when he is at his desk talking. I’m not sure he even knows he’s doing it, sometimes. But I think the straight lines and squiggly under the shield were derived from a doodle.

Anyway, it took a while—maybe a year—to settle the logo we know now, and the legal statement under it. But we moved forward with the project using a close variation for brand identity in each print ad.

In the early days readers read. We sold the product with pictures and words, so every advertisement told a story that had a beginning and middle before exiting, leaving the reader wanting to know more. I was the ad designer, copy writer and photographer. And we were always fighting deadline. Still are, and there is more than one reason; Western Haulers are individually produced vehicles. Nearly all custom-designed to buyer specifications, so there’s a little something different about each one. Makes them more popular and usually brings a better resale. But the other side of that is, one has to be completed before it can be photographed, and sometimes the pace is slower than it should be.

Bell would call me when a vehicle was complete. I would go pick it up, drive to a fuel station for diesel, then to whatever location around Fort Worth was best for a full frame photo; we would use two or three different Trinity River locations, a city view location, and Will Rogers Coliseum. Always just me, the vehicle, camera equipment and available light. Then I would return the vehicle and go about getting the photos finished and start the production material process.

The printing materials were also different. Typesetting houses were necessary. Imaging bureaus and color separations complete with color keys were mandatory, expensive, and time-consuming. So unlike today, with computers and applications doing the work of so many.

Sadly, because of the lack of a reading public, WH ads and promotions today are simple, direct, and —hopefully—still deadly, even though the story is no longer needed. The evolution of an industry had begun, and the relationship between two self-starting, take no prisoners guys shifted into another gear, and suddenly—forty years later—we’re still at it.

And, although there have been a few of unexpected turns in the road, a couple of catastrophes, and life moving on, the ride has remained pretty smooth.

One of those catastrophes was the sudden passing of Jay Ashcraft, a beloved company employee that went back to the ‘60s with John Bell Enterprises—the actual owner of Westside Service and Western Hauler, Inc. Another was the passing of John Bell, Wayne’s dad, a crusty idealist who was ahead of his time in many things. One afternoon he had me convinced that the person who opened a pickup and delivery, two-day service, high-end certified lawn mower repair service center could corner the repair market.

The Southwestern slump that knocked the socks off the banking industry and rattled the oil markets in the early ‘80s was a huge unpredictable obstacle. Money went out but none came in.

Wayne kept a list of his creditors in the second drawer, left side, of his desk. Thru the weeks of loss I never knew him to not pay something to everyone on that list monthly until times got better and full restitution was possible.

Times improved and the company grew. In 1984 WH moved up the street a few blocks to a much larger facility and Westside Service was shuttered. In 1988 Melody Bell Roberts and her husband, Larry Roberts, who had been working alongside Wayne for a few years, took over ownership of the company.

Over the years Bell and I have certainly had our moments. We’ve never been running buddies or lunch- 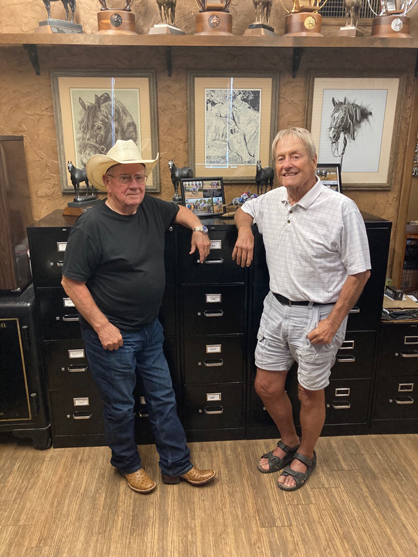 eating, beer-drinking friends. In fact, in 46 years we’ve never even had lunch together. Neither of us, it seems to me, will allow that type of closeness to occur because it is not part of the relationship, nor does it have a purpose.

But I do believe there is a great amount of earned respect that has bred an unusual trust in one another. He has always had a great love and appreciation for the horse industry, and he has been extremely active. He’s been a judge. Has had show horses, race horses and breeding animals as has his entire family.

Interestingly, I don’t know that much about horses but have been deeply involved with the various media. We both share interests in people, changing times, and family. We’ve shared a few burdens, comforted each other in times of loss, and we’ve laughed. Often so hard at each other’s stories we have tears in our eyes.

At the end of the day, as we both are in the twilight of our years, who knows what tomorrow might bring. Whatever it might be, it would occur to me that we both—maybe with each other’s help—found our respective niches. Filled the hole in the donut. Made a difference.