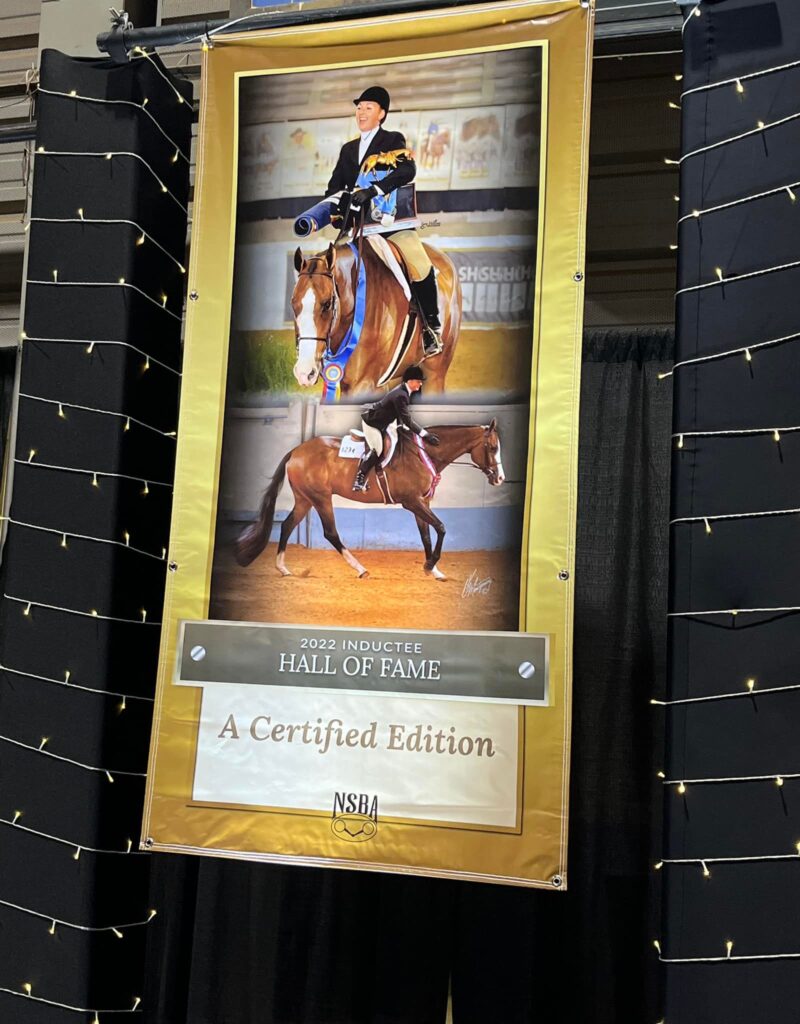 I wanted to share this letter because my horse was such a huge part in cultivating who I am today. Tonight he was honored by being inducted into the NSBA Hall of Fame.

With Brady’s recent relapse we weren’t able to make it to celebrate this incredible achievement with everyone in person.

Below is the letter one of my very best friends read accepting the award on our behalf:

I’m overcome with honor and gratitude as I write this letter to all of you tonight.

This award means more than you could possibly imagine to me and my family.

In fact, I still have the voicemail saved on my phone from December 10th of last year when Stephanie Lynn called to let me know that Winston had been voted to be this year’s NSBA Hall of Fame Show Horse Inductee.

I remember vividly listening to her voicemail that day just after 5pm. It was only 7 days after our son, Brady’s, bone marrow transplant. I had run home from the hospital to grab a few things and do some much-needed laundry. When I listened to her message the tears instantly rolled down my cheeks as I dropped to my knees right there in our laundry room.

I honestly don’t think there are words that could ever fully describe what that moment meant. I couldn’t even form the words when I tried to call my mom to tell her the news. We got to cry together in such gratitude and appreciation. Hearing Winston would be forever remembered as one of the best show horses to ever live was a dream I could never have imagined happening.

From that day forward coming to Tulsa to celebrate this momentous occasion has been something that our entire family has been looking forward to.

But sometimes our road leads us in a different direction. 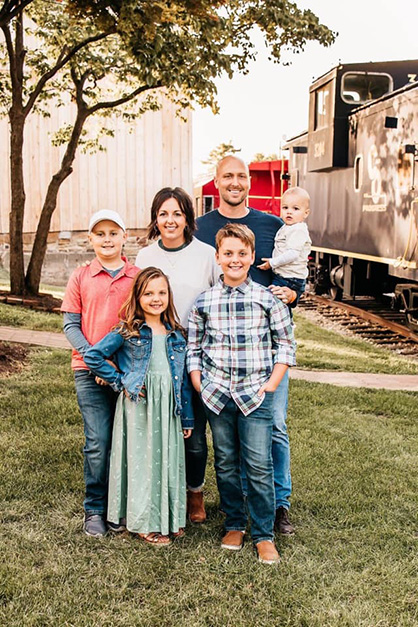 On August 3rd, just eight months after his bone marrow transplant, it was confirmed that Brady’s cancer has returned and his transplant has failed.

So instead of being on the road to Tulsa, I sit here next to Brady on the Oncology floor of Nationwide Children’s Hospital and gaze out the window trying to find the words to express our family’s sincere gratitude from 800 miles away.

I look out to watch the cars drive by and I think of all the memories I have with Winston and what a privilege it was to be able to show a horse as unbelievably talented as him. He literally had it all.

I often look back and wonder why God gifted me with such an amazing, once-in-a-lifetime horse as him. A horse that brought more success to my life than I could have ever have fathomed.

In fact, I could write to you about a million different things that make him worthy of being in the incredible company of the other NSBA Hall of Fame inductees over the years, but that list would be full of many of the same awards as them: Numerous AQHA and NSBA World titles and Reserve titles, multiple Congress Championships, several High Point awards, and too many futurity wins to count.

Sure, his accolades from those arenas make him deserving of this Hall of Fame induction, but what I hope you all will forever remember about him is what he means to me personally. The love and appreciation I have for this horse and associations like the NSBA goes far deeper into my heart than any of the trophies we ever won.

I look across the room at our ten year old son hooked to an IV pole ready to fight another fiercely hard and almost impossible cancer and I know now that Winston was intentionally sent to me all those years ago.

He was sent to train me how to overcome things when people said it was impossible.

To train me how to persevere when they said there was no point.

How to ride the waves between the highs and the lows.

How to have confidence in my own ability.

How to have strength to never give up.

How to have endurance to keep going.

How to be resilient after I got knocked down (or he bucked me off because you know, he has that X in front of his registration number).

Winston trained me how to battle. 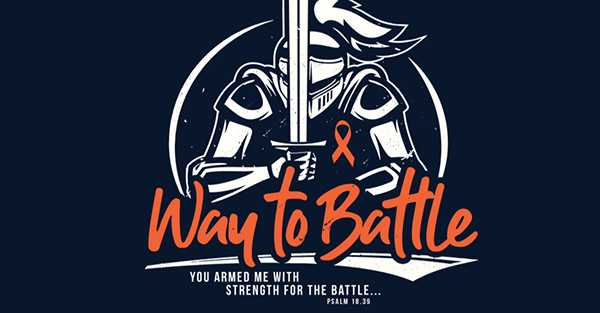 All of those battles we faced together have resulted in such an incredible victory as we get to accept this humbling honor on his behalf.

So friends, go fight hard for those gold trophies and buckles. Give it everything you have and don’t hold back.

But know this, some battles that are won result in a gold trophy for your shelf.

While others, well, other battle victories look like gaining integrity, character, determination and the perseverance to never give up.

I started writing to you from the 12th floor of the hospital, but now I get to close this thank you from our home where all six of us are reunited under the same roof.

My thank you wouldn’t be complete without including some of the amazing people that were such a huge part of Winston’s success.

My mom, Sue Mazzarini and my late father, Fred. To thank them would be a whole other letter by itself because there is no way I could ever explain what they did to help catapult Winston to this distinguished level and support us every step of the way. I know my dad is smiling down on all of us tonight. This award was a dream of his. A dream I normally laughed off when he brought it up. Well, dad, you were right. He did make it up on a banner. This one’s for you.

To Jay and Kristy Starnes. I know it will be weird for you to read this but I hope you do anyways. What can I even say? Not only were you there to help guide Winston throughout his career, but now he gets to live out his glorious retirement days under your loving and watchful eyes. I honestly don’t know what I would have done without you guys this past year.

To Brian and Darla Lee, Trisha Yamber, Mark Dunham, Brian Isbell, Brian Holmes, Stacy Huls, Bruce Vickery and Sue Ellen Kaven, each of you were a big part of Winston’s story and for that I am so incredibly grateful.

To the NSBA staff and board of directors, all of the judges, and all of our fellow exhibitors throughout the years, thank you. Thank you for creating a fierce arena of competition where victories can be celebrated together and generosity and kindness abounds.

I miss you all dearly.

Our family’s road ahead is going to be hard, but we have the life lessons from Winston to guide us.

We are resilient and determined. We have been molded by our great defeats and incredible victories.

We are ready to battle cancer, round two, Winston style.

All my love and gratitude,

Brady has High Risk Pre-B Cell Acute Lymphoblastic Leukemia. He also has an extremely rare mutation that has only been seen 64 times in the world in a span of almost 20 years. To follow his family’s journey, visit Way To Battle on Facebook.