Does Your Dog Understand How You Feel After a Bad Ride? New Study Sheds Light 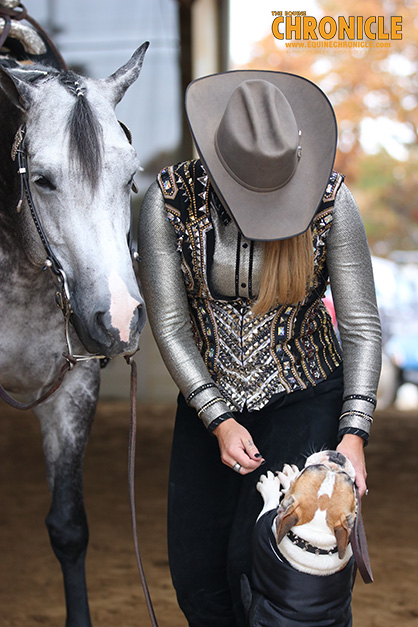 My Dog Does Understand Me: New Research Shows Dogs Can Relate Human Emotions to Subsequent Actions

New research has shed light on how an understanding of human emotions by man’s best friend can help them predict our behavior and informs their decision making.

Researchers at the University of São Paulo, Brazil, and the University of Lincoln, UK, observed the behavior of more than 90 domestic dogs to investigate how they relate human emotional displays to subsequent actions – abilities which were previously believed to be exclusive to humans.

The study involved presenting the dogs with a social interaction between two unfamiliar people, which could be positive (happy), negative (angry) or neutral (did not display a particular emotion). After witnessing the two people engaging silently with each other, the dogs were given the opportunity to approach food that varied in how easy it was to access. It was either freely available or the dogs needed the humans’ help to get the food. At the time of their choice, only neutral expressions were displayed, so the dogs had to use their knowledge about the meaning of the humans’ previous emotional expressions to decide which course to take.

First author of the study, Dr Natalia Albuquerque, an animal behavior and cognition scientist from the University of São Paulo, said, “We found that dogs generally chose the human that had shown a positive expression and avoided the human that had shown a negative one. Moreover, the available emotional information was more important when the dogs could not reach the food by themselves and had to get help from the humans, meaning that they were taking into consideration the emotions displayed by each person.”

“This suggests that dogs can acquire information from emotional expressions, infer some form of emotional state, and use this when making decisions. This is complex as they need to infer the emotional states of people from representations they have generated and stored in their memory and use it in a new context.”

Co-author Anna Wilkinson, Professor of Animal Cognition at the University of Lincoln, said, “Humans often observe others’ emotional expressions and use the information to guide their own course of action.”

“The results of this study demonstrate that dogs can acquire relevant information from emotional displays, match these with information about emotional expressions and consequences, and use this to predict the potential behavior of others to inform their own decision-making.”

Co-author Briseida Resende, Professor of Experimental Psychology at the University of São Paulo, said, “Future studies exploring dogs’ sex, breed, age and length of time living with the owners, as well as assessing other species, will build on these findings and allow a deeper understanding of the underlying mechanisms of emotion recognition and inference in animals.”

About the University of Lincoln:

The University of Lincoln has been crowned Modern University of the Year in The Times and Sunday Times Good University Guide 2021. The University is known for a pioneering approach to working with employers, which has been recognised with a Lord Stafford Award and Times Higher Education Award. More than half of our research is judged to be internationally excellent or world leading (Research Excellence Framework).