Do Horses Recognize Themselves in the Mirror? 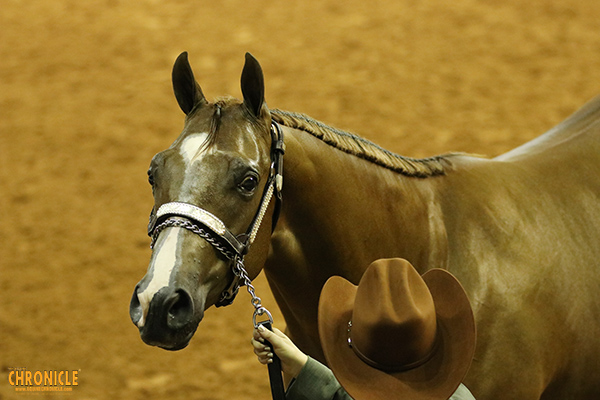 Recognizing that the individual appearing in the mirror in front of you is actually you is considered to be a sign of self-
awareness (known as “Mirror self-recognition” or MSR).

Scientists can investigate this behavior by using a “mark test.” A colored (visible) or colorless (invisible) mark is placed on the face – somewhere that can only be seen by the animal looking at a reflection in a mirror. Then, they watch to see if the subject pays more attention (touching or scratching) to the part of the body with the visible mark than it does to the part with the invisible mark. If it does, this suggests the animal recognizes its reflection.

Mirror self-recognition is rare in animals other than apes but has been reported in dolphins and Asian elephants.

Recent research by researchers in Italy found evidence of self-recognition in horses. The study, by Paolo Baragli of the University of Pisa, and colleagues, used the “mark test” to investigate horses’ response to their reflection.

Fourteen horses took part in the experiment. The research team drew a cross shape on the horses’ cheeks using either colored or colorless ultrasound gel and compared the horse’s response.

The researchers wanted to know if the horses were more interested in the colored visible marks than in the clear invisible ones.

They found that the horses spent about five times longer scratching their faces in front of the mirror when they had a visible mark compared with one made with a colorless marker.

The research team concluded that it wasn’t the sensation of the marker gel on the skin that prompted the horses to scratch, but rather that they scratched because they could see the colored mark.

They concluded that the horses saw the marks in the mirror, understood that those marks were on their own faces, and were trying to remove them. In other words, they recognized their reflections.

If horses had toes: demonstrating mirror self-recognition at group level in Equus caballus.