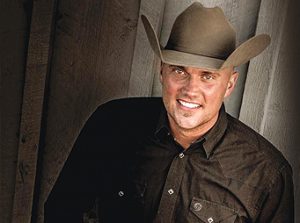 For as long as he can remember, Chris Gray has loved horses. Growing up in a non-horse family didn’t stop him from becoming interested in horses and expressing it to anyone who would listen, as soon as he could talk. “I was drawn to horses and, from the time I started talking, I told my parents that I wanted to ride,” Chris explains. His philosophy as a young boy was that he would ride any horse he could and that any time in the saddle was better than none.

When Chris was five, his parents bought him his first horse from a kill pen. “It was a wild ride, but I stuck with it. We just assumed that a horse was a horse and you could just get on and ride them. We just didn’t know any better, and I liked the challenge,” Chris laughs.

Chris received little formal instruction when he first started riding and just learned as he went–both at home and on trail rides. “We had a small barn and pasture at home, and I spent most of my time out there,” he explains. The oldest of three boys, Chris was the most horse crazy. However, his younger brother, Justin, eventually caught the bug and started riding with him.

Early on, Gray joined 4-H and moved up the ranks. “We figured things out as we went. If it went wrong, we wouldn’t do it that way again. It was definitely a trial and error and sometimes black and blue type of learning experience. I fell off a few
times, but it was mostly just broken tack and learning what not to do,” he laughs. Chris attended his first horse show when he was eight and competed on the 4-H and open show circuit as a young boy. He eventually started showing Appaloosas later in his Youth and into the beginning of his Non-Pro career. When it was time to think about his career outside of horses, he initially thought he wanted to be a veterinarian and enrolled in college. However, shortly after starting school, he realized that it wasn’t the path for him and that his true desire was to become a horse trainer. He decided to withdraw from college and enter into an internship to learn the ropes of the horse training business. After three years, he returned to Pennsylvania to work on building his own business.