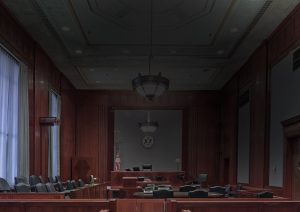 Currently, all states except for California and Maryland have some form of an equine activity liability act (“EALA”). Since the first EALA was enacted thirty years ago, courts have evaluated numerous cases involving these laws. In two recent cases, lawsuits that had been brought by people injured in horse-related activities were dismissed.

Maine Case
In July 2019, Maine’s Supreme Court in the case of the case of McCandless v. Ramsey –Maine Supreme Judicial Court (July 11, 2019)–dismissed a case based on Maine’s Equine Activity Liability Act. The case involved a plaintiff who was standing within an indoor arena. In the arena at the time was a horse ridden by the defendants’ 10 year-old daughter. This horse passed plaintiff three times, but during the horse’s fourth pass, it apparently came too close and struck the plaintiff, causing injuries.

Directly at issue was Maine’s EALA, which provides protection from liability (subject to possible exceptions) if a person was “engaged in an equine activity,” qualifies as a “participant or spectator,” and was injured from “the inherent risks of equine activities.” The plaintiff considered herself to be a “spectator” at the time (a designation with which the court disagreed), and argued that issues existed as to whether her injuries resulted from “inherent risks of equine activities”; in addition, her case raised exceptions of (1) “reckless misconduct” by the defendants’ daughter, and (2) plaintiff being in an area where horses would not be expected or a protected area for spectators.

Affirming dismissal of the case, the court found that the horse’s unanticipated resistance to the rider’s directions was “part and parcel of the ‘propensity of an equine to behave in ways that may result in … injury,” which was part of the definition of an “inherent risk of equine activity.” The court went on to state that plaintiff’s interpretation of the statute “would thwart the entire purpose of the law to curtail liability for injuries arising from risks that are ‘impracticable or impossible to eliminate due to the nature of equines.” It found insufficient evidence of reckless misconduct on the rider’s part because the rider was unable to steer the horse to avoid a collision. As to the second EALA exception at issue, the court found no liability because the incident occurred in an indoor arena where equine activities were occurring. Finally, the court did not consider plaintiff to be a “spectator” under the law because the incident occurred in an area where people were riding horses, as opposed to an observation area.

A September 2018 Wisconsin case, Dilley v. Holiday Acres Properties, Inc., 905 F.3d 508 (7th Cir. 2018), consolidated two equine liability cases. In one of them, Brown v. Country View Equestrian Center, Inc., the plaintiff was taking a riding lesson on her own horse when the instructor allegedly allowed a “high-spirited” horse to enter the arena. That horse allegedly collided with plaintiff’s horse, and she was injured. Her lawsuit raised the Wisconsin EALA exception of “providing a horse and failing to make reasonable and prudent efforts,” but the court found it inapplicable because the plaintiff was riding her own horse at the time. The plaintiff also argued that the defendant instructor “exercised control over the lesson and plaintiff’s behavior with respect to her horse,” but the court disagreed and noted that the instructor never made the horse “available” for her use.

The Dilley opinion also evaluated a second case. There, during a guided trail ride, the horse plaintiff rode tried to pass the trail guide’s horse, which kicked at plaintiff’s horse, causing injuries. Her lawsuit argued that the defendant’s trail operator failed to adjust her stirrups or provide her with a helmet; also, she allegedly told the trail guide that she lost control of the reins to which the guide allegedly responded: “Don’t worry; this horse knows where it wants [to] go.” The court found that plaintiff’s claims resulted from an “inherent risk of equine activities” under Wisconsin’s EALA. Also, the court found evidence of the defendants’ “reasonable” assessment of the plaintiff’s ability to ride a horse and safely manage the particular horse assigned, but it found no evidence of faulty tack or equipment or willful or wanton disregard of her safety. Dismissal, the court ruled, was proper under Wisconsin’s EALA.

Please keep in mind that all of the EALAs differ. Whether or not a case succeeds depends on the law and each case’s facts. Read each law carefully in the states where you live and do business and seek advice from knowledgeable legal counsel.

This article does not constitute legal advice. When questions arise based on specific situations, direct them to a knowledgeable attorney.

Julie Fershtman is one of the nation’s most experienced Equine Law practitioners. A lawyer for 32 years, she is a Shareholder with Foster Swift Collins & Smith, PC, in Michigan. She has successfully litigated equine cases in 18 jurisdictions nationwide and has tried equine cases in 4 states. She is listed in The Best Lawyers in America and is the recipient of the ABA’s “Excellence in the Advancement of Animal Law Award.” Her speaking engagements span 29 states. For more information, please visit www.equinelaw.net.