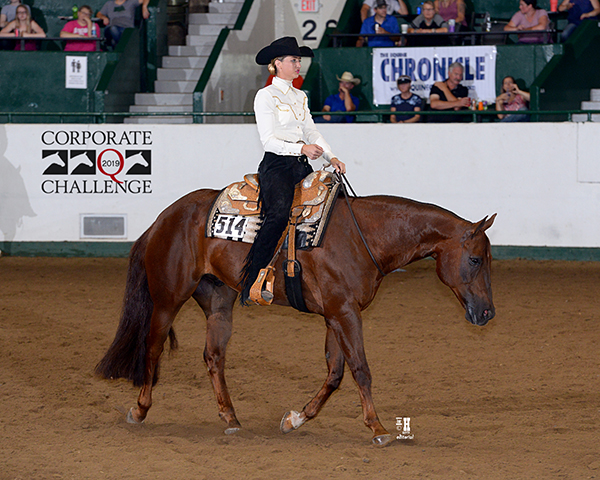 Over the weekend at the MAQHA Corporate Challenge, 16 horse and rider teams were tasked with riding a complex Horsemanship pattern, without one of these three essentials. The special event was The Equine Chronicle Bridleless Horsemanship Challenge, and there was a $2,000 pot up for grabs to the competitors who had the maneuvering skills to navigate with only their seat, legs, and voice. 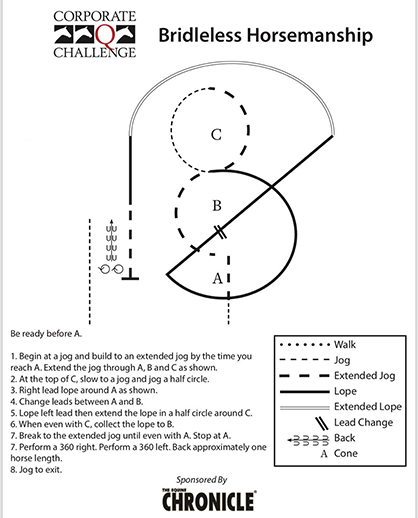 The gate opened at 4:00 pm, and a calcutta auction took place with Jimmy Roth auctioneering and Chad Horkey announcing. 50% of the winner’s calcutta money was to be donated to the Wounded Warriors Project. The other 50% would be distributed to the first, third, and fifth place winning bidders. The calcutta winning bids reached $5,000!

Following the auction, exhibitors were provided with the pattern that was created by David Denniston and given 15 minutes to warm up. Competitors could use a split rein on the neck of their horse. However, there were five bonus points to be given if no rein was used. Also, exhibitors were allowed to warm up with a bridle and then have a handler take off the bridle in the holding pen prior to the class start. 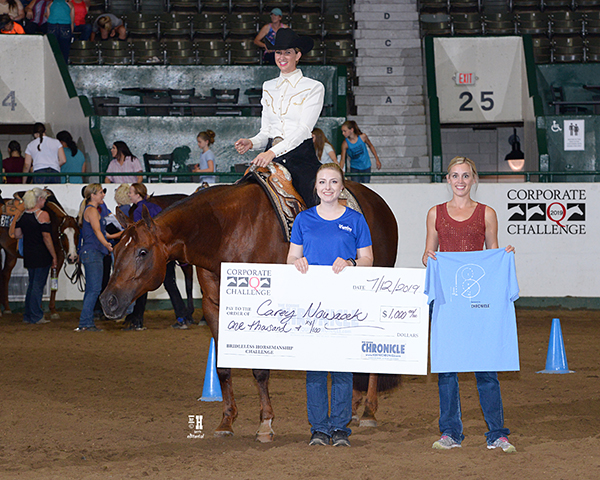 Of the 16 entries, the final entry in the class turned out to be the winner in Carey Nowacek with Lethals Hot Weapon. Rachel Nissen interviewed Carey following the class, and here’s what she had to say was the most challenging part of the process.

Watching Carey and Thomas’ smooth maneuvering skills, you might think they practice bridleless often, but that’s not the case. “I definitely do not practice this,” she says. “I tried to get my trainer, Brett Clark, to practice at home, and he gave me the big no! So, we have not practiced. I live in in San Antonio, and Thomas lives in Fargo, so we never practice this.”

Carey would like to thank her horse trainer, Brett Clark; biggest cheerleader, Johnna Letchworth; the bidders who raised so much money for the Wounded Warriors Project; and The Equine Chronicle for sponsoring the event. 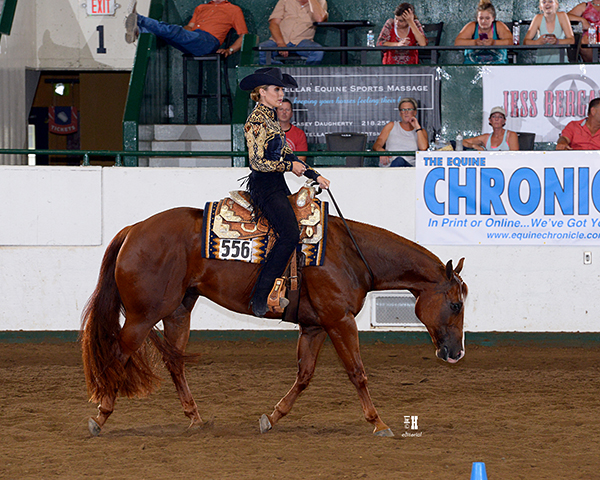 The purse distribution for competitors was as follows: