Can a True DIY Exhibitor Compete at the Highest Level of This Sport? 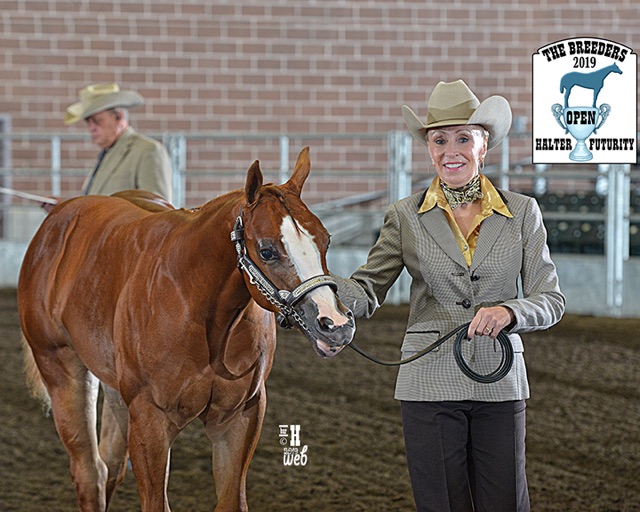 All photos courtesy of barH Photography.

For the past thirty years, Dave and Patricia Breitberg of Bright Paints Show Horses have been breeding, raising, fitting, and competing with their own foals in Halter classes across the country. While some might think that it’s not possible to have a high level of success without the guidance of a horse trainer, Dave and Patricia are proving that misconception wrong. It’s something they did quite effectively when Patricia led her weanling filly, DLA Intentional, to win not one, not two, but THREE golden globes at the recent Breeders Halter Futurity.

“We started out thirty years ago, showing at open and state level breed shows, and then we switched to APHA state shows,” Patricia says. “After about five years of that, we started breeding and showing our babies at state futurities and did very respectfully. As our stock got better, we started going to bigger shows. 2001 was when we went to our first APHA World Show, and we have acquired nine World/Reserve World Championships. The Breeders Halter Futurity came along, and we started attending that show from the start. We’ve always done our own breeding, fitting, training, and showing.”

But being a DIY competitor doesn’t mean that you don’t seek out advice or guidance on occasion. Dave and Patricia feel lucky to have made friends in the industry, who serve as daily inspiration for their own goals. 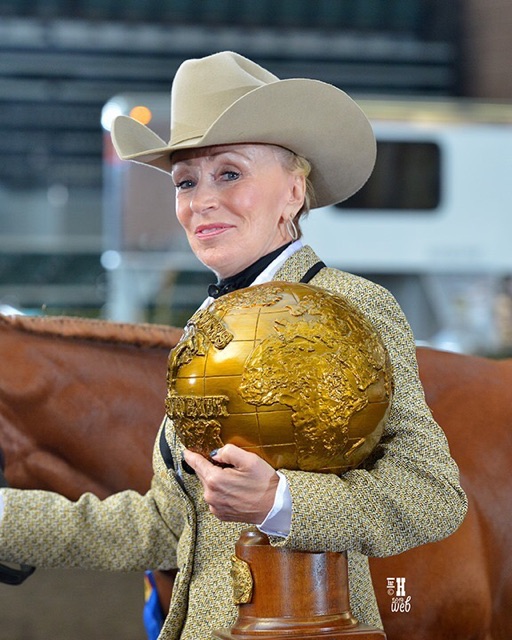 “In the spring of 1999, we went to Rancho Poco Loco looking for a show prospect, which is where we met Michael Ochetto,” she says. “We purchased a weanling filly named RPL Miss Bobbie Doll. Since that day, we have formed a friendship that has never ended. Then, in December 2004, we went to the Oklahoma City Holiday Classic, which was where Dewey Smith approached us, and it’s been a friendship and source of inspiration ever since. When breeding RPL Miss Bobbie Doll, that’s when we met Clint Fullerton. We became good friends, and he was always there if we needed advice.”

Before the introduction of the Breeders Halter Futurity, Patricia remembers how local state futurities were on a decline, and there just wasn’t the opportunity for non-pros, especially those DIY competitors, to earn large purses. With the creation of the Futurity and their speciality Owner/Breeder/Exhibitor and DIY classes, that all changed.

“The Halter industry was dying, and state futurities were just about already gone,” she says. “This has brought back, not only numbers, but also the quality of horse, especially Paints and other color breeds. It’s giving Halter babies value, because there’s great prize money, which pays down to many placing of substantial amounts. The DIY classes offer these competitors a field of their own. They’re not competing against trainers and horses that have been professionally fitted. It can help build your confidence, if you haven’t shown a lot, going into your future.”

Patricia and Dave have won Owner/Breeder/Exhibitor awards at the BHF four times. However, this year, due to unforeseen circumstances with their own breeding program, they purchased their weanling filly, DLA Intentional, and weren’t eligible for that particular set of classes. Instead, they focused on the DIY event.

“We have made it into the top 10 at the Breeders before, but our dream has always been to be in the top 5 in open or amateur, so we thought that being with others like ourselves would give us a better opportunity to achieve our goal,” she says. “The only drawback we felt, from being in DIY division, was that the stalls were separate, so we could no longer be stalled by friends. However, we did meet new people that were very nice and made new friends.” 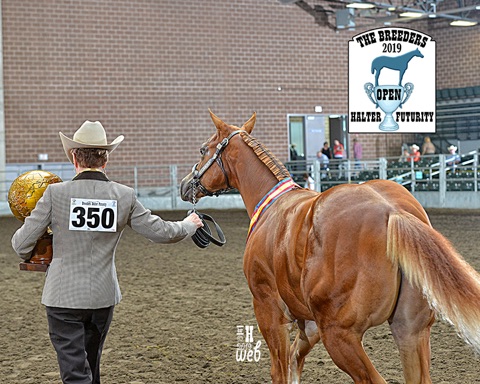 The BHF offers two DIY classes: DIY Amateur Weanling Colts and Geldings and DIY Amateur Weanling Fillies. In order to be eligible, an exhibitor must be personally responsible for the care and preparation of his/her own horse. A trainer cannot be involved in any way with the horse for 90 days prior to the futurity. The exhibitor must sign an affidavit stating that the horse has been trainer free for the aforementioned time period, and any false affidavits will result in the forfeiting of winnings. Also, an exhibitor cannot have won a World Championship in Halter in any association for the past five years nor placed first in any BHF weanling or yearling class.

Patricia’s partner for the BHF classes was DLA Intentional, a weanling filly by My Intention and out of Obviously A Catch. She was purchased from Double L Acres and Mark and Vicki Livasy.

“When we first laid eyes on her, we knew she was something special. She had presence and just had that ‘Look at me! I’m special and I know it,’ kind of thing. She was so very correct from day one. She’s gorgeous headed, has a pretty high set neck, is so tight and short across her back, and already had hips and hocks to die for. Then, to find out her personality was a 10, she was just a perfect package.” 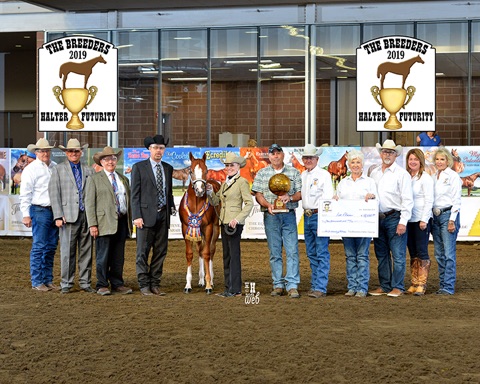 Now that the year is winding down, Patricia and Dave are already looking forward to next year and their exciting prospects on the horizon. “As far as future prospects, both our mares are in foal. A Mornings Verse is in foal to My Intention and Bobbies Imprinted Doll is in foal to Kid Coolsified. 2020 should be very exciting!”

For her fellow DIY competitors out there, Patricia has some advice. “First and foremost, come with a positive attitude of enjoying the show, not just having to win. Sometimes, I think people defeat themselves before they ever go into the show pen. They become too overwhelmed by others and their surroundings. If you’re a competitor, which you are, or you probably wouldn’t be there, bring it with you. Show your confidence.”

Click here for a complete wrap up of the Breeders Halter Futurity.