Bringing The Family Together After Heartache 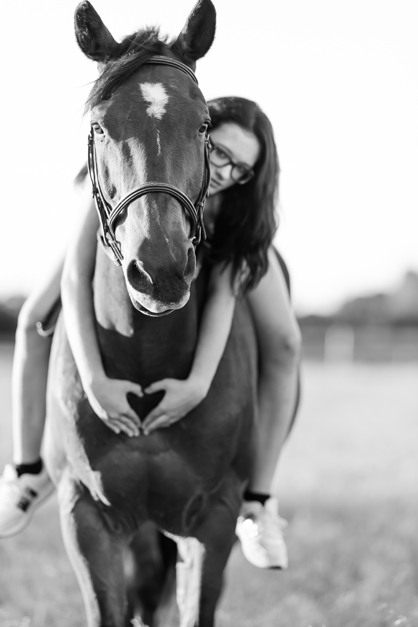 In 2013, the notorious Moore, Oklahoma Tornado hit the farm of Kernes family, taking several of their beloved horses with it.

The Kernes Family lost the barn, every bit of horse equipment they had, and all but two horses.  Taken with the tornado were their retired barrel horse, the pony belonging to Peyton, their youngest daughter, and the amazing AQHA mare their oldest daughter, Trinity, had just leased to use as a drill team horse.

“It was a completely sobering time,” says Trinity’s mom, Sarese Kernes, who explains they had to start over from scratch.  “The Freedom Riders Drill Team and other teams came out to help clean up.  We had probably 150 people picking up our 5-acre farm and they completely turned our place from disaster to a clean pasture so we could bring our two horses back from the vet.”

Sarese explains that Trinity was old enough at the time that the experience stayed with her, and in fact, it haunts the family to this day.  “We knew we needed to fill that void where her horse had been as soon as we possibly could. We got fencing put back up that summer, and we were lucky enough to pull off a quick turnaround.”

So the search began, and they started looking everywhere they could across Oklahoma, hunting for 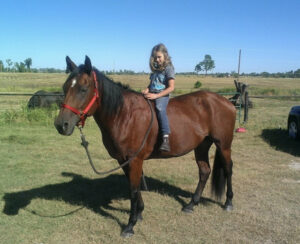 something special, and one day they drove into Texas with two horses in their sights.  First they rode CR Heza Salty Cowboy, a registered AQHA and Foundation horse that was a failed barrel prospect, and Sarese says they liked him, but they went to try the other horse, too. However, Sarese says something in her told her the first horse, “Bullet” was the one.  “Even though he wasn’t a beginner horse, my daughter could ride very well.  I knew he would be a challenge but thought he would be worth it,” she explains.

They took the 2007 bay gelding home, and he definitely gave them a run for their money, but according to Sarese, 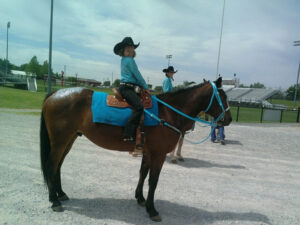 Trinity never turned away from him.  “When we first got him, he was a little bit of a jerk, even to the point where he was kicking out at us,” she reveals. “It took him a little while to realize we were his people.”

They rode Bullet in Freedom Riders Drill Team performances for a couple of years until the team dismantled, and though Sarese tried to talk Trinity into trying dressage (Sarese’s former passion), Trinity insisted she wanted to jump Bullet.  She began practicing over 2 x 4’s at home in the pasture while Sarese waited for the charm to wear off, but Trinity proved over almost a year’s time that she was highly dedicated.

So after some research and trials, they settled on taking Bullet to Virginia Hames at High Hopes Training Center in Norman, Oklahoma, to start lessons, and things progressed rapidly from there.  “I think even Virginia had slight doubts of him becoming a jumper,” Sarese says, as he was lazy and slower 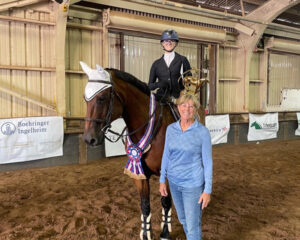 than they expected.  “But Trinity just kept at it and started doing schooling shows; I think her energy fed into him and as they went, he started progressing.  Then both of them really ramped it up after a year or so, and they started kicking butt at almost every single show they attended.”

In 2019, they thought the pair might be capable of AQHYA World, so 2020 was their first attempt.  It didn’t turn out as planned, but they didn’t give up, and Sarese said Trinity’s perseverance with Bullet never wavered.

So in 2021, they went back. “She ended up winning Youth Jumping last year, so we went back this year and she ended up taking the Youth Jumping Title again,” says Sarese.  “The second one felt unreal.  There’s so much trust with these two; I can get on him, but there’s a whole other relationship when she gets on his back. They have this amazing bond that is truly what I think is what makes them an amazing pair.” 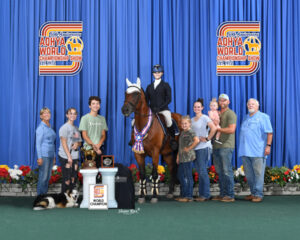 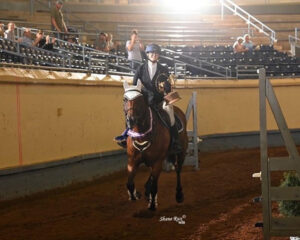 All competition aside, however, Sarese says there is much more to the bond with Bullet.

“He’s had a huge impact on our family, and in the strangest way, he has proven to be the biggest healer for us,” she says.  Sarese explains that the horse that formerly kicked out at them now knows how to give kisses and hugs, knows how to bow, and he’s the first one to the fence to greet them.

Sarese concludes, “He’s a big part of our family and he bought us together after heartbreak.  He has really touched our family and seeing the two of them together is very special.” 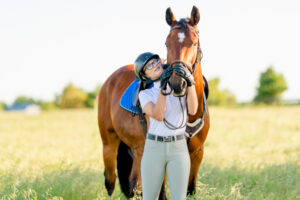 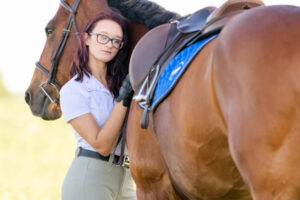 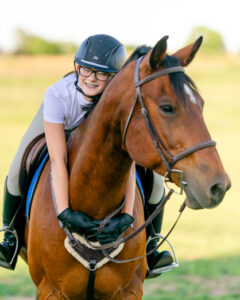 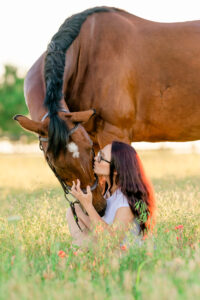 All Photos above: Credit to Rachel Griffin Photography