Bring This Horse Show Back

In honor of #Throwback Thursday, we share the question we recently asked readers: If you could bring back a horse show that is no longer in existence, what show would it be?

This was a popular topic, with plenty of great answers, such as Sun & Surf Circuit, The Reichert Celebration, Quarterama and Western Paint World! Which one would you say topped the list based on the answers given? See them all below:

Cori Cansdale: Kathy Tobin, me too!

Paige Peshina Merrill: Loved Gold Coast when it was in West Palm Beach.

Drew Kooiker: Charles Closser, that was a fun show. 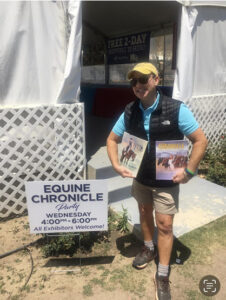 Dave Davis: Indiana, Illinois, and Kentucky State Fairs when they were big!

Bethlee Myers: Dave Davis, loved going to Springfield. It was ‘the’ show to hit along with the International !

Zero Proof Horse Treats: Not a show per se, but I really miss Million Dollar Stallion Avenue at Congress.

Whitney Romanoff: Reedley Quarter Horse Show. I don’t remember the actual name but they had the best snack bar and it was nice to have something truly central in California.

Rachel Saeger: AQHA Regional Experience shows with the same locations and format as they were originally.

Troy Legomski: Stephanie Fluty Summerama still happens!  I was there In 96! There were 48 in the jr wp class! Youth halter classes were packed! 4/5 pointers. I think the 90’s were just the best time period for horse shows!

Stephanie Fluty: Troy Legomski, yes, it was and yes, the halter was huge for us. The people were great and a fun week up there.

Glen Wadsworth: Western Paint World in Bakersfield, Ca and the great Stallion Service Auction Futurities they had at it. It was the best and biggest Paint Horse Show in the Country people came from everywhere.

Tammy Swirin: Glen Wadsworth, Lots of people put a lot of hard work into making that show what it was over the years.

Jackie B McGinnis: Glen Wadsworth, at that time it was bigger than the National show.

Cathy Walker: Glen Wadsworth, it sure was!

Kimberly Adams: Texas Classic back in the day. Firecracker Circuit in Tallmadge, Ohio…actually, many of the Ohio weekend shows that are no longer. As a youth, we’d start at the end of March and show every weekend through April and May. Not always the best facilities by today’s standards, but the stories and memories are priceless. 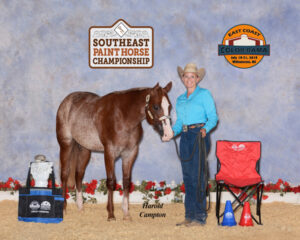 Jaime Foutty: ECCR held in Williamston, NC in July. Moving the APHA World back to summer interfered with the date and it was moved then canceled due to the venue not being available 🙁

Caitlin Daniels: Jaime Foutty love this show so much!!

Laura Bischoff: Tom Powers at Berrien as it was in the 90’s, with the Jeff Bujack shows prior to the futurity. Only with covered pens. 😁

Wayne Holt: A tie. Either the Texas Classic in it’s heyday with 23 splits of 2’s…..or the Hill Country Circuit in Kerrville.

Elizabeth Gorski: No doubt in my mind! Toronto International!

Rachel Susanne: Quarterama at the Horse Palace in Toronto, Canada.

Wallace Battles: The all-breed shows in Saratoga NY Hands down. Wallace Battles. Historic Race track and so many breeds it made it interesting if u like more than just one breed,

Julie Leek: Quarterama and Kinross was a great time

Cindy Marder Brandner: Gold Coast when it was in West Palm Beach, Quarterama.