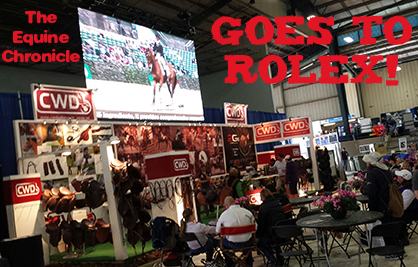 All photos courtesy of Megan Arszman.

One of our EquineChronicle.com writers, Megan Arszman, was lucky enough to receive invitation to cover the 2014 Rolex Kentucky Three-Day Event and Kentucky Reining Cup that’s currently taking place in Lexington. Over the course of the next few days, horse and rider teams from seven countries including Australia, Brazil, Canada, Great Britain, Netherlands, New Zealand, and the United States will compete in a three-pronged event designed to test the skills of the most versatile equestrian teams.

A record 82 horses have been entered this year surpassing last year’s record of 73. The riders that will guide the horses through their paces in Dressage, Cross-Country, and Jumping include Olympic veterans and past Rolex Champions like Andrew Nicholson, William Fox-Pitt, and Boyd Martin. For a bit of extra added pressure, this year’s event will serve as a Selection Trial for the 2014 FEI World Equestrian Games.

The Rolex’s four star CCI designation makes it the only competition of its caliber to be held in the Western Hemisphere. Other CCI*** competitions include the World Championships, Olympic Games, Badminton Three-Day-Event and Burghley Three-Day Event in England, and Adelaide in Australia. What’s the prize for winning such a prestigious event? How does $250,000 in prize money sound! 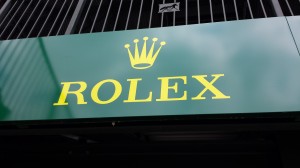 In addition, the Rolex winner will also have a chance at the $350,000 Rolex Grand Slam of Eventing. Created in 2001, the Rolex Grand Slam of Eventing awards the rider who is able to accomplish the impressive feat of winning the Rolex Kentucky Three-Day Event, the Mitsubishi Motors Badminton Horse Trials, and the Land Rover Burghley Horse Trials, in succession. Only one rider has ever accomplished this feat, British equestrian Pippa Funnell in 2003.

New for 2014 is the Dubarry of Ireland Nations Team Challenge which will present $20,000 in prize money to the nation that accumulates the fewest penalties after combining the final scores of the three highest placing individuals from that nation.

Taking place over the same weekend is the Kentucky Reining Cup. Some of the best reining horses from across the world will gather to slide, spin, and stop for the chance to claim the top title at the $120,000 event. Horse and rider teams from seven nations including Australia, Canada, Brazil, Italy, Mexico, Sweden, and the United States will compete. Among those include reining legends like Shawn Flarida, Tom McCutcheon, Tim McQuay, and Craig Schmersal.

New for 2014, the Kentucky Reining Cup will host the 2014 Adequan/USEF National Open Reining Championship and Official Selection Trial for the US Reining Team for the 2014 World Equestrian Games.

Click here to watch a live broadcast of the Kentucky Reining Cup.

Click here to watch a live broadcast of the Rolex Kentucky Three-Day-Event.

Scroll below to view some of Megan’s photos from her adventures thus far in Kentucky. 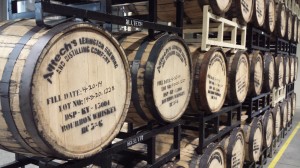 Alltech Brewery and Distillery. Alltech has been a big supporter of international equine competitions for more than five years now. 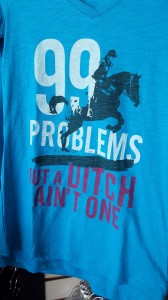 Fun shirts with eventing sayings cane be found everywhere in the trade show. 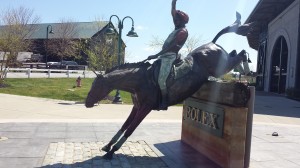 Bruce Davidson statue in front of the Rolex Stadium honors one of U.S. Eventing pioneers. 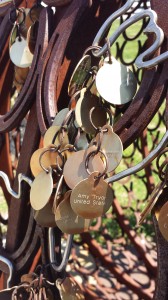 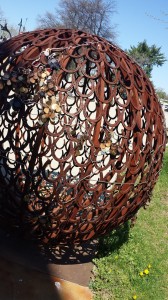 The “Horseshoe Globe” features tags from international exhibitors who have competed at the Kentucky Horse Park. 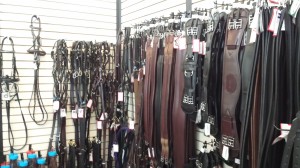 Shopping at Rolex is amazing! Find any type of girth you could want. 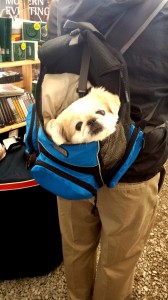 Dogs of all shapes and sizes join their owners for Rolex adventures.