A Labor of Love: 400+ Hours to Create the ULTIMATE Breyer Horse Barn for Granddaughter 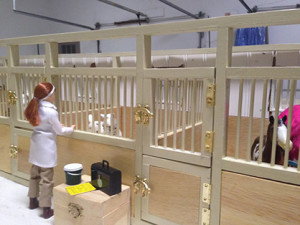 Brianna couldn’t wait for construction to be complete before having a practice session with her mini vet, mare, and foal. All photos courtesy of Mike Carter.

“The simplest toy, one which even the youngest child can operate, is called a grandparent.” – Sam Levenson

Those of you blessed enough to be called a grandparent know exactly what Levenson is talking about. So does multi-carded judge, longtime horse industry veteran, but most importantly, grandfather, Mike Carter.

Many of our readers have been keeping up with Carter’s adventures in Breyer Horse Barn Building 101 on his Facebook page . What first began as a Christmas present for his granddaughter, exactly 79 days ago, has evolved into a massive project during which he’s logged more than 400 hours and spent [@$#&] dollars to construct. (At the beginning of the project, Carter told his wife he estimated the overall cost would be about $150.) The current cost is undetermined and incalculable, and he plans to keep it that way. After all, a grandparent will do anything for a grandchild! 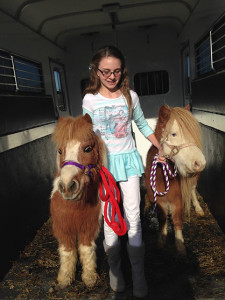 Brianna with two of her miniature horses. They will not fit in this barn.

But 11-year-old Brianna isn’t just any grandchild. She and her brother live with their grandparents, Mike and Charlene Carter, in Goodletsville, Tennessee, and have thoroughly embraced their grandparents’ love of horses. Brianna is the proud owner of three miniature horses, a pony, and a horse.

“I’ve got a 20-stall barn that I don’t use anymore, so she’s got a real-life barn too!” Carter says.

Carter began construction on the miniature barn on December 17th with the intention of it being a Christmas present. Now, the elaborate project has turned into a would-be Valentine’s Day present to now, hopefully, a birthday present by April when Brianna will turn 12. 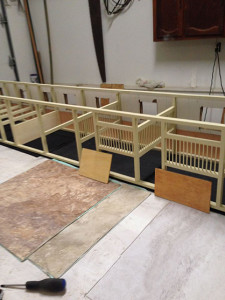 “I’ve been shut down for two weeks because of all the ice and snow,” Carter says. “I still need a bit of material, but I haven’t been able to get the trailer out to go get any. I’m a couple of days away from finishing it. I started December 17th, and I wasn’t thinking it was going to take that long. But, you have to know me, once I get into something like this, I have to finish it.”

“My granddaughter wanted a barn for her Breyer horses, so we went and bought her one of those little two-stall things,” he says. “She said, ‘Papa, I need a big barn!’ It’s eight foot long and 40 inches wide. It’s basically a one inch to one foot scale. It’s built out of real, little square materials that I found at Home Depot. A lot of it was done by trial and error, especially figuring out how to do the bar windows. Tomorrow, we need a decision on what color the shutters should be, so I might post a few pictures on Facebook to get some input…”

Why has the process been so time-consuming? This isn’t just some child’s toy. Basically, it’s a real, working barn, just miniaturized. Its six, tiny box stalls have rubber mats and real working hinges on the doors as well as minuscule wooden bars on the windows. According to Carter, that was one of the most difficult parts to accomplish. He had to find a special drill bit that would create a recessed hole into which he could place each wooden dowel. 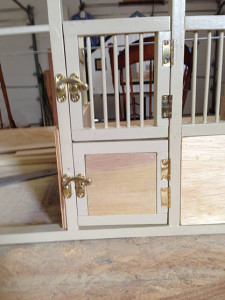 “Trying to find the materials to make those bar fronts was hard!” he says. “Then, I had to investigate the tools. I found a forstner bit to create a recessed hole. You pre-drill the hole and put the wood in. Then, when you screw it all together, you come back in and fill the recess. You can’t even tell how the bars are attached!”

Other amenities in this miniature masterpiece include 16 tie stalls complete with tiny, gold chains; a tack room with tile flooring; a barn alleyway with complimentary colored tile flooring; benches to go in the hallway; saddle racks, bridle racks, and soon to come, actual lighting!

“I built my horse barn with 20 stalls, so I just built [the tiny barn] with everything you’d want in a real barn,” he says. “I’m putting a little drain in the wash rack with a little hose, and I know a master electrician who is going to put lights in it.” 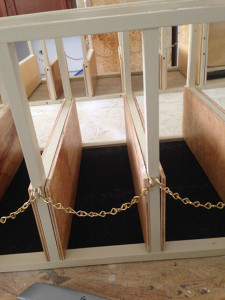 Even though Tennessee has been thoroughly snowed in for the past few weeks, with some areas receiving up to four inches of ice, the Carter family car was demoted to the outdoors so the garage could be converted into barn construction central with a drill press, band saw, and plenty of room for sanding, priming, and painting.

What does 11-year-old Brianna have to say about all this? “She wants it DONE!” Carter laughs. “About every two days, I had to put the frames back up in the barn, where she could play in it every night. She had to have practice sessions where she could put in all her Breyer horses.”

When the project is finally complete, Brianna hopes Grandpa will take the creation to the 26th annual BreyerFest on July 17-19, 2015 at the Kentucky Horse Park in Lexington, KY. Carter isn’t quite sure he wants to make that trip, but if we know Brianna, she will probably get her wish.

Stay tuned to see final pictures and a video of the barn when it is complete! 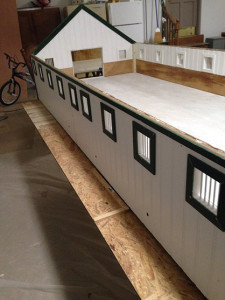 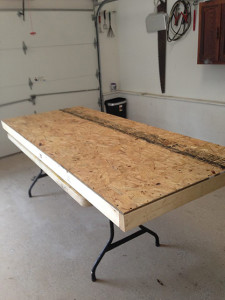 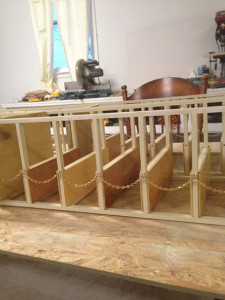 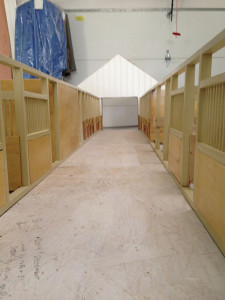 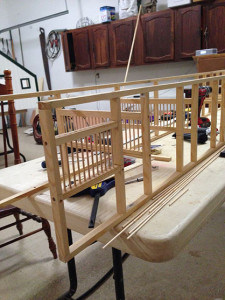 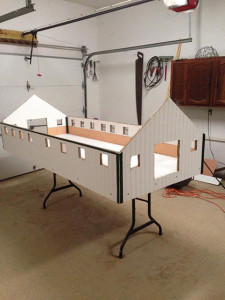 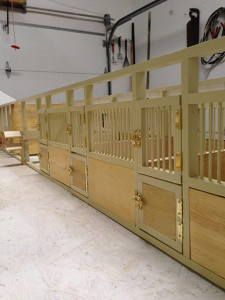 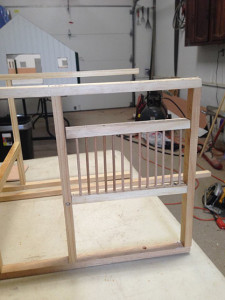 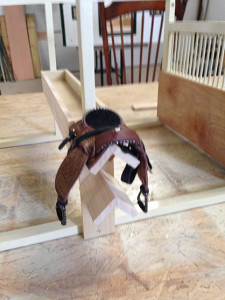 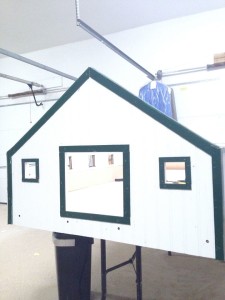 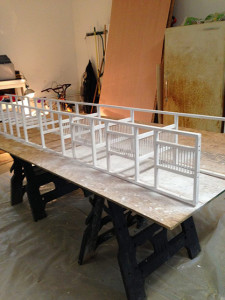 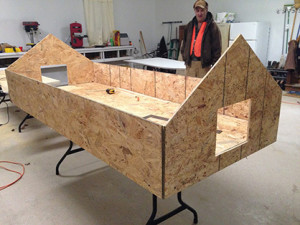