A Blast From the Past Returns to Original Owner, 30 Years Later, Thanks to Social Media 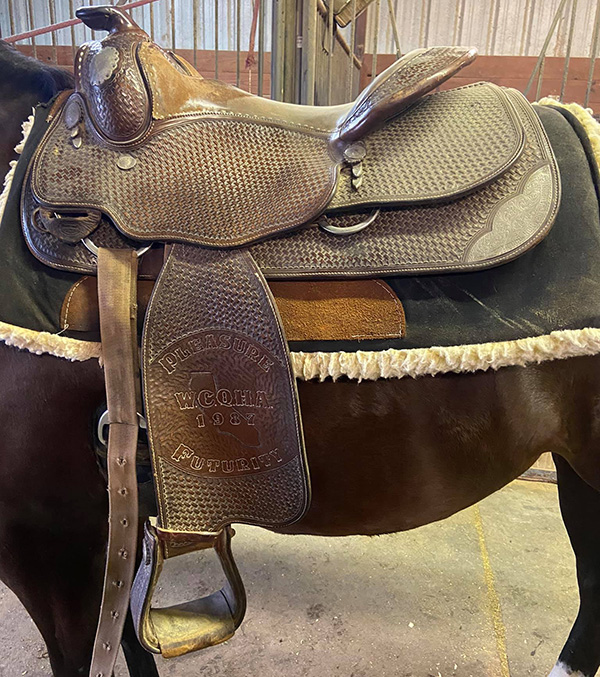 Social media is a funny thing. It’s a useful tool for disseminating information and sharing personal stories. It can help people band together for a cause or raise money for a goal. More than anything, it’s a way for people to connect, even if they live states, countries, and worlds apart.

This is the story of a special saddle that made the rounds in the horse community and somehow made its way back to its original owner, some 30 years later.

Horse trainer, Joe O’Gorman, has been around horses since birth. When he was young, his parents rode Arabians, and he was given his first Quarter Horse at the age of eight.

In 1987, Joe’s mother rode a horse named Cool Brew to win the 2-Year-Old Non Pro Western Pleasure at the WCQHA Futurity. Her prize was a handsome, leather saddle with tooled fenders and engraved saddle plates commemorating her accomplishment. Two years later, her son, Joe, used the saddle when he was named the Reserve World Champion in Western Pleasure at the AjQHA World Show on a horse named Buddy Gee Bars. 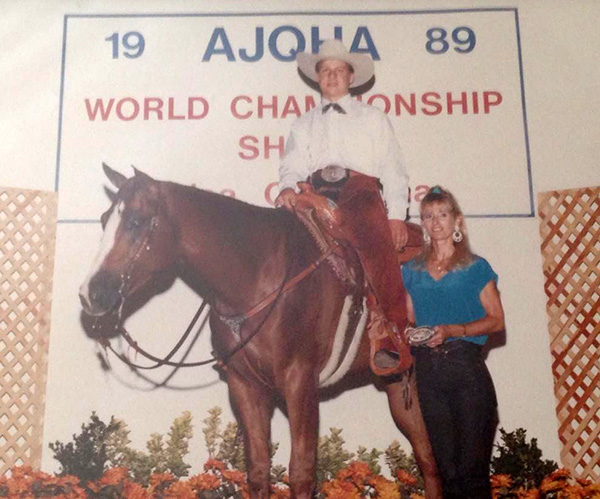 Somewhere in the years since, the saddle was sold, seemingly lost forever. That was until Facebook stepped in to intervene. Joe’s wife, Jennifer, was perusing the Facebook Marketplace one day last month when she came across a post for an older Blue Ribbon Saddle that was for sale at the Quarter Horse Congress. The saddle was posted for sale by a Miguel Aguilar. Interested in purchasing the saddle, Jennifer contacted Miguel to ask the usual questions. Is the tree sound? Is it in useable shape? How much did it cost? But while she was looking at the pictures, she noticed something unusual.

“I noticed that the fenders were stamped, so I really zoomed in on the picture,” Jennifer says. “The lettering looked very familiar to me, as did the logo. I quickly messaged Miguel back and asked him if he could take a picture of the corner plates. He answered me back and said he thought the saddle was already sold, but he sent me the picture anyways. The corner plates had ‘Two-Year-Old Non-Pro Champion’ on them. I knew then that it had to be Joe or his mother Gerri’s saddle!”

Sadly, the saddle had already been sold, but Jennifer knew who purchased it- a fellow horse trainer, Randy Wilson.

“I remembered seeing it when Joe and I were first dating,” she says. “I asked Miguel if there was anyway that I could get that saddle bought, and I told him the story of it being either my husband’s saddle or my mother-in-law’s saddle. I wanted it back in the family. He told me it was indeed sold but that Randy Wilson had bought it. He suggested I contact him.” 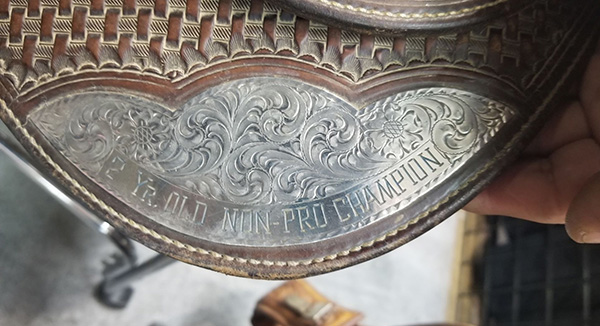 “I sent Randy a Facebook message and told him the story of the saddle and how it was the one that Joe rode in when he was Reserve at the Youth World. A few hours later, he sent me a message saying that I could buy it!”

Immediately, Jennifer used PayPal to send Randy payment for the saddle. She then asked her friends, Will and Liz Knabenshue, if they could bring it back home from the Congress.

“I really felt strongly about getting the saddle back to Joe! It just has so much sentimental value. He won a world title in it on a favorite horse and then several other futurities as a young professional. His mom passed away a few years ago, and I felt that it was very important for him to have it as a memento of his past.” 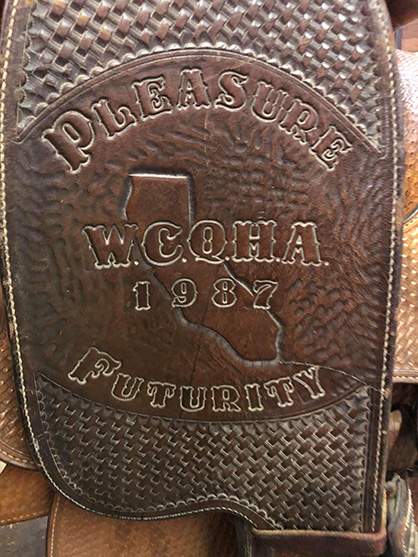 Jennifer is very thankful to Miguel, Randy, and Will and Liz Knabenshue for helping this plan come together to surprise Joe and return a piece of their family’s past to its rightful place. “It’s so amazing that you can find something so important without knowing you’re looking for it!” Jennifer says. “Got to love Facebook!”