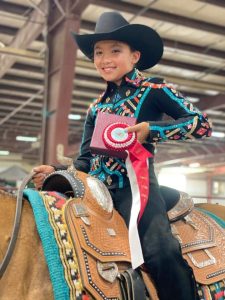 The International Buckskin Horse Association’s 50 Year Anniversary and World Championship Show just came to an end. With it being one of the largest World Shows in the association’s history, they were overjoyed to welcome new exhibitors and horses alike.

Competitors from all over the United States traveled to C Bar C Exposition Center, located in Cloverdale, Indiana, participate in new divisions including the Buckskin Bred division of 2021, EWD of 2020, and Ranch Horse of 2018. Due to these new classes and creative promotional skills, IBHA presented a 30% increase in entries from 2020 to 2021. From those entries, they filled more than 300 stalls and were able to give out over $6,900 in cash prizes.

In case you missed anything that happened from the show or convention that went on from July 24th-31st, we have put all the week’s achievements in one place. 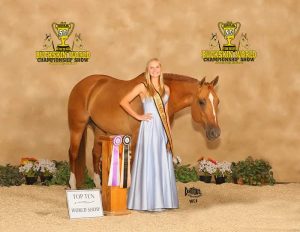 Due to COVID-19, the IBHA was unable to host their National Convention in March. This is where they vote in officers, change rules, and plan for the upcoming year. The association also held their National Awards banquet on Saturday. Honor Roll and Reserve Honor Roll awards were given out to the national high point recipients of 2020. All divisions were presented their awards by IBHA’s President, Pat Osenga, and the 2020 Miss Buckskin World, Sydni Loose.

At 7:00 am the “Warm-Up” to the World Show began. This segment of the show is usually extremely important to new exhibitors that have never shown at C Bar C. IBHA runs all the classes that will be presented in the actual World Show. It gives the exhibitors the feel of what their World Show classes will be like without any of the consequences. This portion of the show was judged by Bill Goedeken, Roger Howe, Michelle Nyberg, and Linda Tedesco.

Tuesday: The End of the Warm-Up Show and Day 1 of the 2021 IBHA World Show

In the morning, the association finished their Warm-Up Show and held the EWD Exhibition Classes. These classes are for IBHA’s Equestrians With Disabilities Program. Exhibitors had the choice between Independent Classes, where they can complete a pattern themselves, or Supported Classes, where the riders were given the chance to have an extra horse handler on the ground. 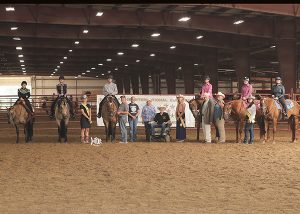 Directly after the grand entry, Miniature Driving classes took place, followed by The Queen’s Ride. The First Queen’s Ride is a Horsemanship pattern in which the 2021 Miss Buckskin World Contestants are judged on their overall horsemanship. This part of the competition factors in to who will be crowned Miss Horsemanship at the end of the week. Proceeding this portion of the show were the speed classes and IBHA’s first ever Miniature Driven Cloverleaf class.

As the day came to an end, the Exhibitors’ Party was held, sponsored by The Devore Family. This included a dinner party with a Youth Scholarship Auction where the association raised over $7,000 to give to an IBHA student in need of financial assistance. The Queen’s Contest continued with Miss Ohio State Buckskin, Kaleigh Courtock, and Miss Mid-America Buckskin, Jenna Meredith, presenting speeches on why they were running for the crown of Miss Buckskin World. They were also asked impromptu, fishbowl questions in front of an audience. 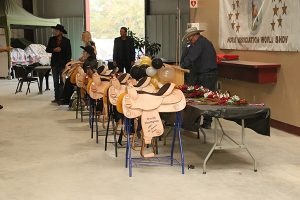 Starting off the day, IBHA held all their English classes for all divisions including, English Showmanship, Hunt Seat Equitation, Hunter Under Saddle, and Hunt Seat Disciplined Rail. During these classes, the Queen Contestants hosted an Ice Cream Social while Miss Buckskin World gave out awards. 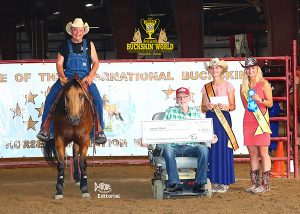 The morning started in the outdoor pen with Open and Miniature Horse Dun Factor. From there, the show resided inside the rest of the day. After the move inside, Stallion Halter took place followed by and break before Western Showmanship ran. The Showmanship divisions ran for over 5 hours before Added Money Free Style Reining and Added Money 2-Year-Old Western Pleasure took place. 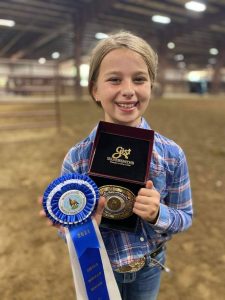 Proceeding the money classes was IBHA’s largest classes with upwards of 30 entries in both Open Ranch Horse Pleasure and Ranch Riding. Since the IBHA has added this class, their entries have only skyrocketed at the World and National Point level. They hope to continue to grow this division because it gives non-Western Pleasure horses the chance to shine even though they pushed the Reining and Western Riding classes late into the night.

Succeeding these classes was Reining with multiple Ranch Reiners competing and Western Riding. The show day finished at 12:20 am. However, this same night was a Practice Trail Fundraiser following the show. This was where the Trail exhibitors that were in Hunt Seat Trail, In-Hand Trail, Western Trail, or Ranch Trail classes were able to practice their patterns in the main arena. For these competitors, their day ended between 1 – 3:30am.

This day at the 2021 World Show was the day that competitors will remember the most with the show starting at 7:30am and ending at 2:30am. Even all the youth walk-trotters will have bragging rights about staying up past their bedtime to show their horse at 11:30 at night!

Bright and early, Hunt Seat Trail began, followed by Miniature Trail, Ranch Trail, In-Hand Trail, and Western Trail. The overall time for all exhibitors to run trail was 13 hours. Open Ranch Trail had the longest run time of close to 5 hours with 30 head. After this, the Second Queens’ Ride took place in the back pen while staff prepped the arena for Yearling Longe Line, Miniature Jumping, and 2-Year-Old Longe Line. Following this was Lead Line and the beginning of the Western Pleasure Classes. Most western Pleasure classes averaged 20 horses with exhibitors adding into Sr. Horse Western Pleasure and Amateur. The last class of the night was Jr. Horse Western Pleasure finishing at 2:30am. 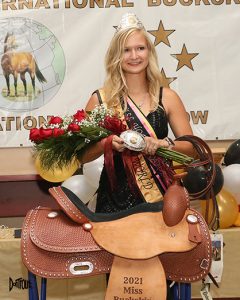 After the classes concluded for the night, the 2021 Miss Buckskin World Fundraiser to raise money for the upcoming queen’s trips took place. The current queen, Sydni Loose, hosted Sloppy Showmanship, which is where the most nonchalant and messy Showmanship pattern won! Each contestant was auctioned off calcutta style and which ever handler had the sloppiest pattern would win half of the earnings. The other half went to the queen program. These events went on past 3am, but everyone had fun!

The last day of the show started with Gelding and Mare Halter. From there, all divisions of Horsemanship and discipline rail ran.

That night was the Queen’s Ball, which is the crowning of Miss Buckskin World, the recognition of All-Around High Point Exhibitors for the World Show, and the results of the Youth Team Competitions. IBHA gave out multiple saddles, buckles, saddle pads, and buckle cases to High Point and Reserve High Point winners. 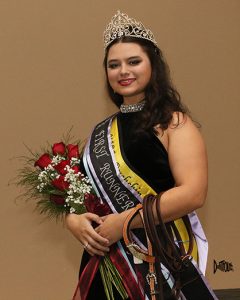 Youth 13 and Under High Point: Dun So Good, Addison Corn

NSBA High Point:  No Time to Be Lazy, Kelleigh DeMonbrun 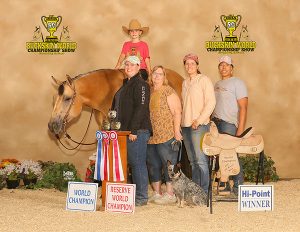 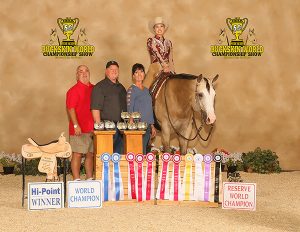 Pat Osenga, the president of IBHA, gave a beautiful speech highlighting why the Queen’s Program within IBHA and all its charters are quintessential to who they are as an association and what the future as an organization looks like. With that, each queen contestant was introduced to the crowd before the crowning ceremony and Osenga read from each of the result envelopes.

Scroll below for more fun photos from the show. 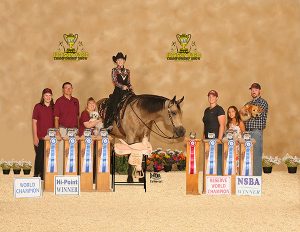 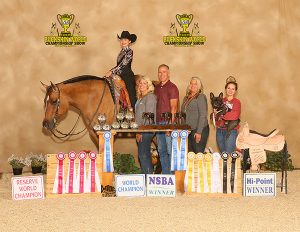 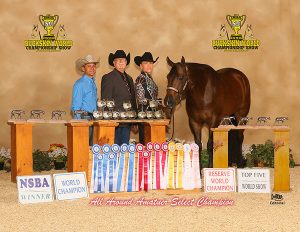 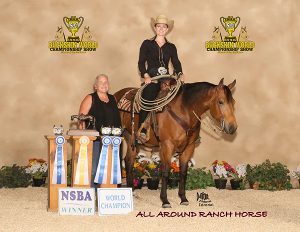